Hands on with the Canon 1D-X!

Ahem. I humbly start this post, firmly entrenched in the Nikon camp, but I have to say it: I formally recant pretty much every negative thing I’ve ever said about Canon. Ever. 😳

Pa got his new toy, the highly coveted Canon EOS 1D-X camera. For those who don’t know (where have you been?!?), it’s Canon’s flagship, top o’ the line, best camera ever. And it is, most definitely Canon’s finest camera to date. This camera is a beast! It’s nothing short of amazing. My chief complaints about Canon have been 1) Crappy Focusing and 2) Crummy LCDs. This camera addresses those issues and then some. This is not an in depth Camera Scientist review by any means, rather a quick 1st impressions post. And, the impressions are good. The focusing is incredible! Check the specs and see, there’s an entire processor dedicated to focusing alone. And it shows. With oodles of programable modes, you can tell the 1D-X exactly what you want it to do and how you want it to behave. It’s positively awesome.

Just check this out – you can customize the focus settings for several different cases, depending on what you’re photographing. In this case, Dad had a hummingbird setup in the back yard and so he went with this “Bring it on, sucker” focus mode. It’s unreal. The birds came into the frame and boom shakalaka, this camera nails the focus again and again and again. Check out one of his photos from his Flickr stream. There’s a whole set there of tremendous shots with more to come. 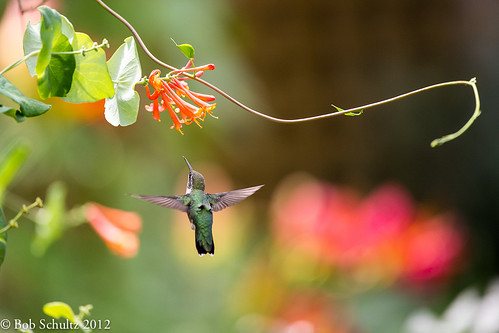 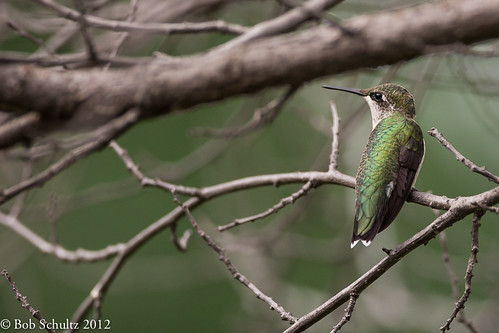 Certainly, you’d come to expect this kind of performance from a camera setup of this calibre. With the 500mm lens, it’s nearly diabolical! The shots are sharp and the focus is . . . fixed! 😉 And, the LCD on the back of the camera is more like an HDTV instead of watching colecovision. (Google it if you don’t know).

If you are a Canon fan and you’ve been waiting for this camera, it will be everything you’ve dreamed of and more. You’ll probably curse Canon a bit for moving the tried and true traditional button configuration around – (even I found that annoying as now it’s quasi counter intuitive). But the performance of this bad boy more than makes up for having to learn a new button liturgy.

I told Dad that he should go out and satisfy my curiosity about the focus system and shoot some motocross. If anything will stress the tracking features, MX certainly will.  Being that he’s primarily a wildlife shooter, perhaps getting my brother to chase a herd of pronghorn antelope in front of the lens may be a more fitting focus test. I suspect that it won’t be much of a challenge anyways, the focus is just that good. During the hummingbird setup, we slapped on a teleconverter and I simply watched the wind flicking the honeysuckle blossoms in the wind through the viewfinder. The focus points tracked it back and forth with no intervention from me. It’s sweet!

Canon 1D-X: Lord of the Garden

So basically, that’s all I’m gonna touch on in this post. The Canonista Camera Scienticians will soon have incredibly detailed reviews out about this beast. I’m sure it’s ripping up the olympics right now too. Oh, one last comment, the ISO performance is awesome too – another great improvement. Being 18MP, it’s just about a perfect blend of resolution and noise performance. That extra bit of crop-ability is appreciated and the high ISO stuff looks good. 6400 was totally usable in my books and it goes up from there, waaaay up. But the image quality similarly decreases too. Can’t wait to see some head to head tests with the 1D-X & the new D4 from Nikon! 😎

This entry was posted on August 4, 2012 by schultzphoto.ca. It was filed under Cameras and was tagged with 1 DX, Canon, EOS 1D-X, Hands on, impressions, Review.

This site uses Akismet to reduce spam. Learn how your comment data is processed.